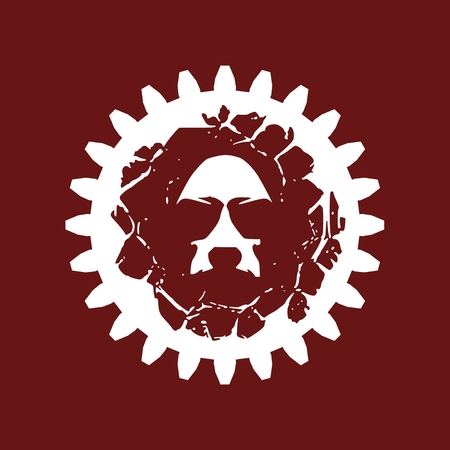 Late at night in an empty greasy spoon, a mug coolly kills the owner, but when the register yields only $14, he just shrugs and unscrews his silencer. The diner was Lt. Jacoby's teenage hangout, so he rabidly pursues the murderer, while struggling to prevent a mob leader from muscling in on Jacoby's side of the river. To help Jacoby, Peter Gunn pays diminutive pool shark Babby (Billy Barty) for a lead. PETER GUNN – The Ugly Frame – 1959

Police Lt Herschel Bernardi is involved in a feud with the new mobster in town. The mobster, Lewis Charles, is not happy with being tossed out of town and wants some payback. He has one of his men, Jimmy Murphy, shoot and rob the owner of a diner, where Bernardi has been going for years.

The victim holds on long enough to give the police a description. An all points is sent out for the killer. P.I. Peter Gunn (Craig Stevens) offers to help. He puts out the word to all his snitches. His main man, pool shark Billy Barty gets hold of Stevens. He has a lead on where Murphy is holed up.

Stevens thanks Barty and gives Bernardi the location. Bernardi hot foots it to a flea bag hotel to check on the tip. When he enters Murphy's room, Bernardi does indeed find his man. Slight problem though, Murphy has a large bullet hole in his forehead. The hotel clerk, Shepard Sanders now shows and asks why Bernardi shot the man.

The dead body and the hotel clerk was of course part of mobster Lewis' plan to get rid of Bernardi. The Police suspend Bernardi and take away his gun and badge.

Having given his friend, Bernardi, the tip that got him in trouble, Stevens revisits snitch Barty. Barty fills Stevens in on his source, a low level hood who is in Lewis' employ, Sandy Kenyon. Stevens pays the man a less than friendly visit which soon has him singing like a canary.

Stevens has Barty call Lewis and tell him that Kenyon in getting ready to talk to the Police. Lewis sends a gunman, John Hudkins to deal with the matter. Stevens also puts the grip on Hudkins when he shows to kill Kenyon. He is likewise soon singing like a songbird to the Police. Bernardi gets back his gun and badge and is all smiles as he slaps the cuffs on mobster Lewis. (b/w) Review - The Ugly Frame Great storyline, filled with familiar and not so familiar cast members all doing a remarkable job in their roles. The intrigue is less as we see the bad guys in action, film noir effects are the burial scene, the waterfront scenes, the outside shots of Mother's, the sleazy killer and punk desk clerk, the new short hairdo on Edie, the different sets used along with the usual. Mother's hasn't been filmed multiple times for several episodes. Check the two women at Quoit's table in Mother's, the taller woman with the speaking part is special. Definitely worth a look for the interplay with Billy Barty, Sandy Kenyon, Jacoby and the new hairdo on Edie. I liked the night settings altogether with the fog at the gravesite, the fog at the waterfront, creepy hotel apartment, plenty of outside shots of Mother's as well as inside. There is no such thing as a pretty frame, it all goes bad sooner or later, with the good guys prevailing. Die Toten sind nicht an Bord full movie with english subtitles online download Horizon full movie in hindi 720p 72 tamil dubbed movie free download hindi Resident Evil 6 Tampax: Mad Max - Protector full movie in hindi free download mp4 7da7209ffe